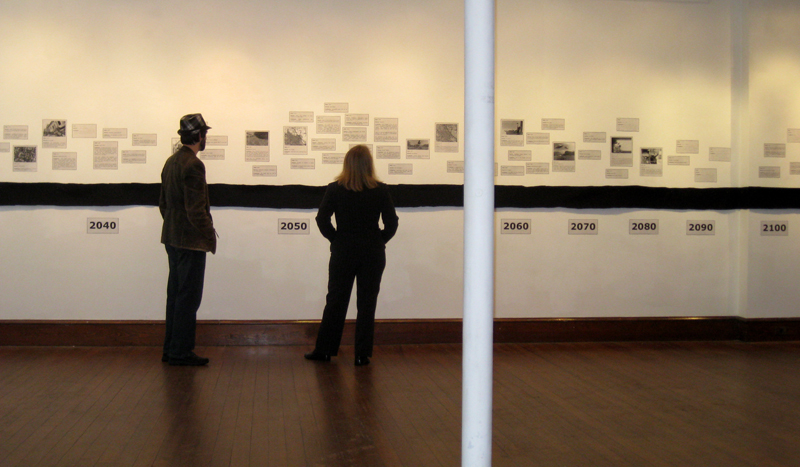 Somerville, Mass. is a small city next to Boston, and has been undergoing major changes over the last few decades. Rents have been rising. New buildings have been going in. And the population has been shifting rapidly. It seemed like everyone was talking about these changes, and had definite views about the future. I decided to try to capture a slice of this, and compare it to what the city and its planners were talking about.

So, for two years, I went to community events around town with my table and chairs, and talked to people about what the future might hold. I also reached out to different organizations and individuals, and asked them to share their ideas. I recorded these ideas, and also collected official government plans. I threw in think-tank vision statements in to round out the picture.

I gave talks about the future everywhere from festivals to people's kitchens, and asked the listeners to comment on what I'd found. After two years, I put it all together on a website. I also had an art show at the Nave Gallery, and published a book.

Far from being a depressing document, it was a wonderful mix of hope and fear. People shared their concerns about the community's culture changing, and brainstormed amazing innovative ideas about things they'd like to see. Others took a more playful approach.

Read as an ebook from Archive.org (also free!)

Julia Fairclough. "Tell us your vision for the future of Somerville: community art project shares points of view." Somerville MA: The Somerville News. May 20, 2009.