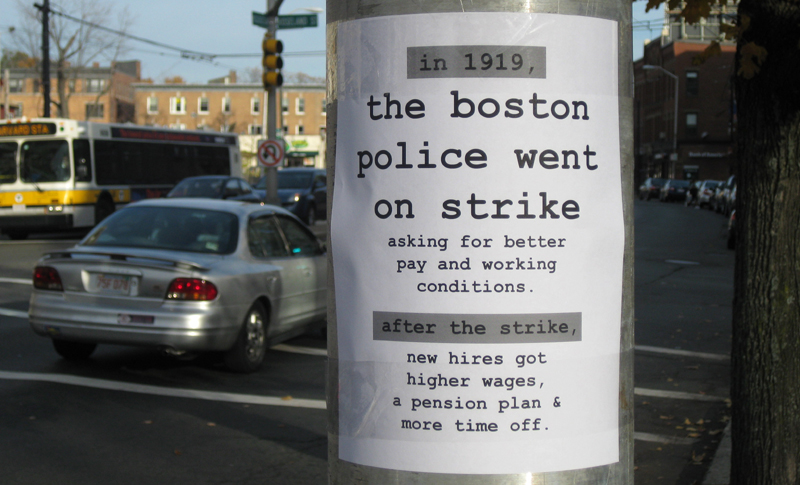 The Boston area has a long history of community action. It's a history of struggle and of hope, and it's often overlooked. But the fact is that residents have banded together to achieve quite a lot over the years, and I personally find it pretty inspiring. During Occupy Boston, I made posters about three historic strikes, and put them up around town, hoping to inspire other people.

The first poster was about a 2001 protest at Harvard, where students and workers joined forces to successfully fight for better wages for staff. In late 2011, Harvard students had formed their own Occupy camp, and among other things, were calling for better benefits for workers. The administration responded by locking the campus down to outsiders for the first time in its history. I wanted to send the occupiers a message of support, so I put copies of my poster in the neighborhood around the university, and had friends bring copies into the campus itself.

My second poster was about a 1919 Boston Police strike that eventually led to higher wages and better benefits for police officers. Some members of the police had a tense relationship with Occupy Boston, so I wanted to remind them that communal action wasn't always a bad thing. Interestingly enough, these posters got torn down a lot.

The last poster was about the strikes that happened across the country in the 1930s. I hoped this one would get more people to support the movement by remembering that large-scale protests really do happen from time to time-and that they serve an important purpose. 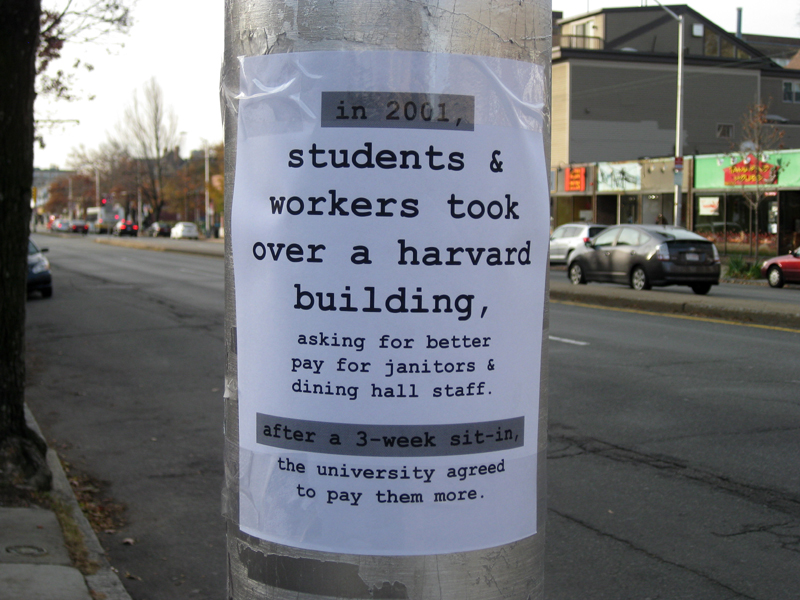 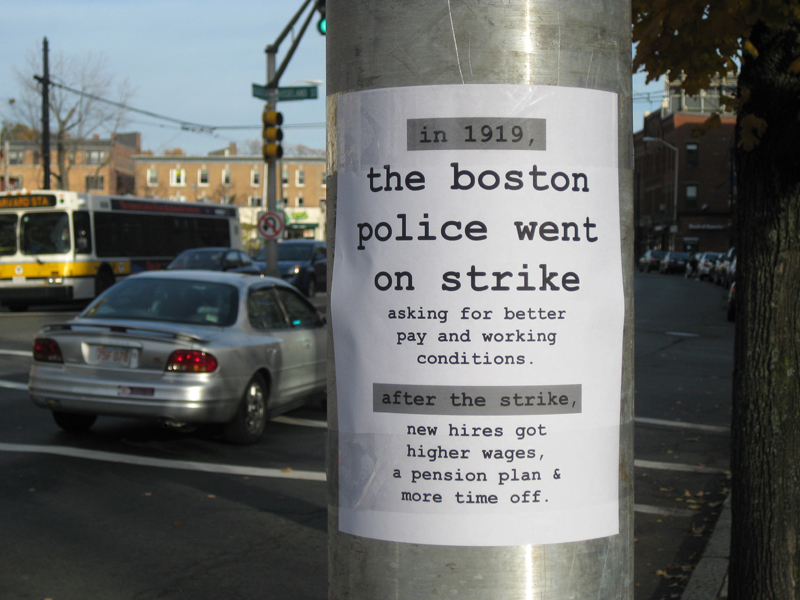 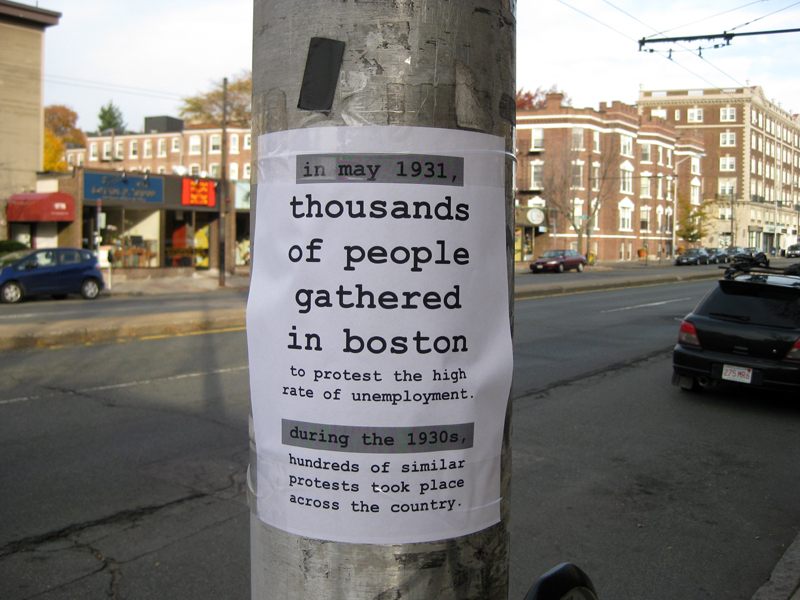