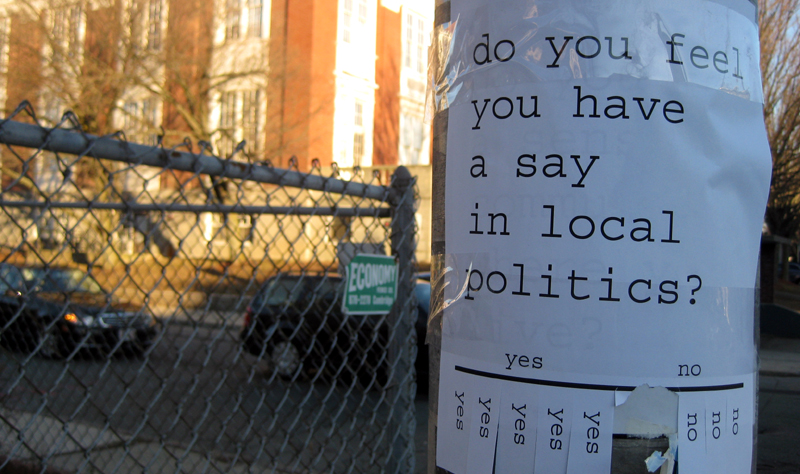 In early 2011, I was talking to some friends about whether my neighbors liked where we all lived. I decided the best way to find out was to just ask, so later that night, I started making some street surveys.

They're simple black and white signs that ask a single question about community. For instance, "Do you identify with where you live?" "Do you feel you have a say in local politics?" "Do you talk to your neighbors?"

Most have tabs with "yes" and "no" written on the bottom, so you can answer it by tearing off a slip of paper. Others have blank space for people to write down their thoughts. The idea is to get people thinking about important issues that we often ignore, while at the same time sharing these responses with anyone who happens to walk past.

They quickly proved to be popular both on the street and online. In fact, this project ended up going viral pretty quickly. People around the world downloaded the signs to use where they live, and the project eventually got a bit of international media attention. Not bad for a bunch of 8 1/2 by 11 sheets of paper taped to telephone poles!

A digital copy of each sign is available for free below, if you want to print them out and see what your neighbors think.

Samantha Michaels. "Collective brush strokes: the community as the canvas: can art change the world?" Washington DC: The State of the Reunion. June 8, 2011.


Download the signs to find out what your neighbors think!

"do you feel you have a say in local politics?"

"do you identify with where you live?"

"do you feel a sense of community where you live?"

"do you talk to your neighbors?"

"would you raise a kid around here?"

"do you wish you knew your neighbors better?" 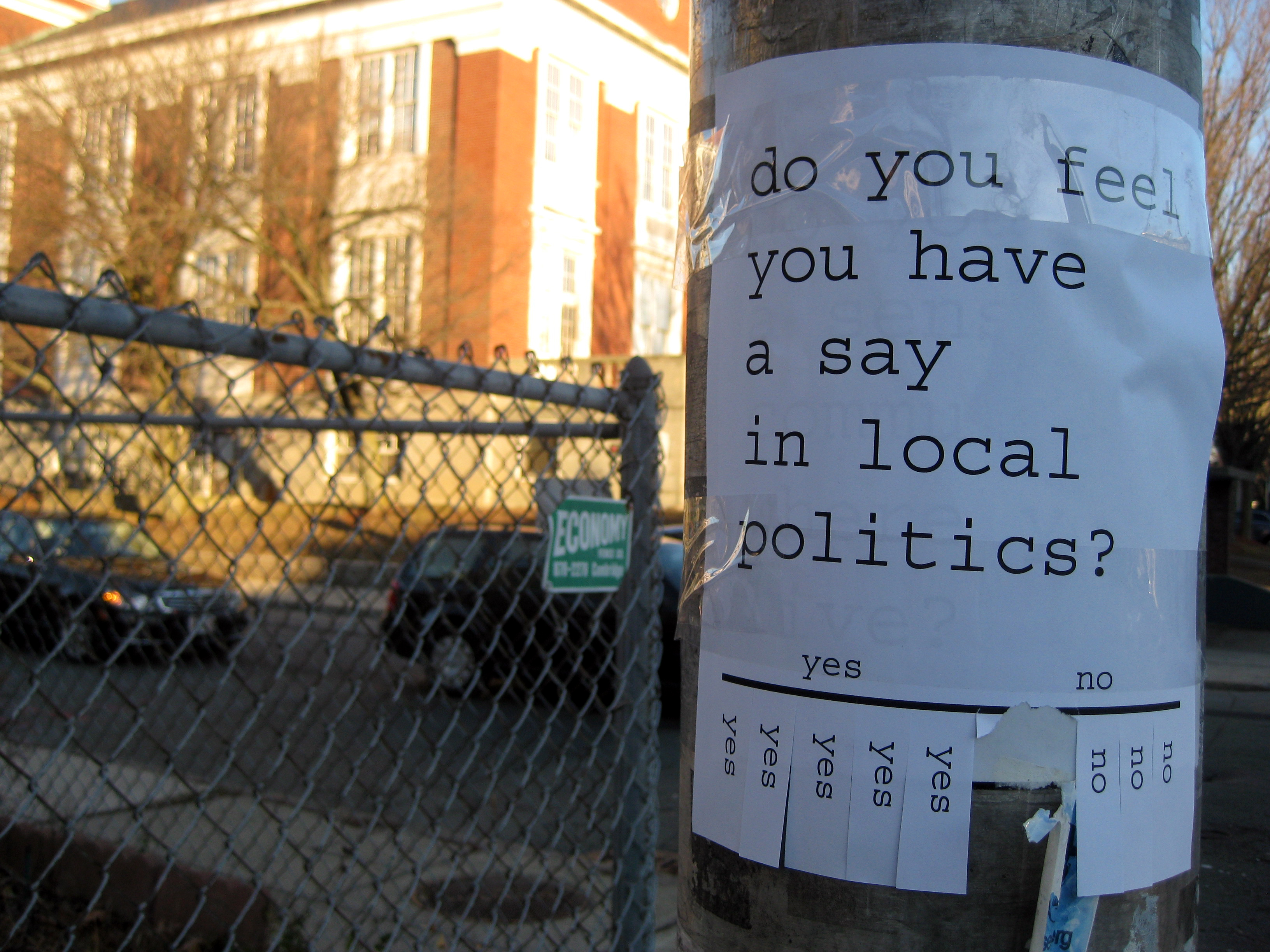 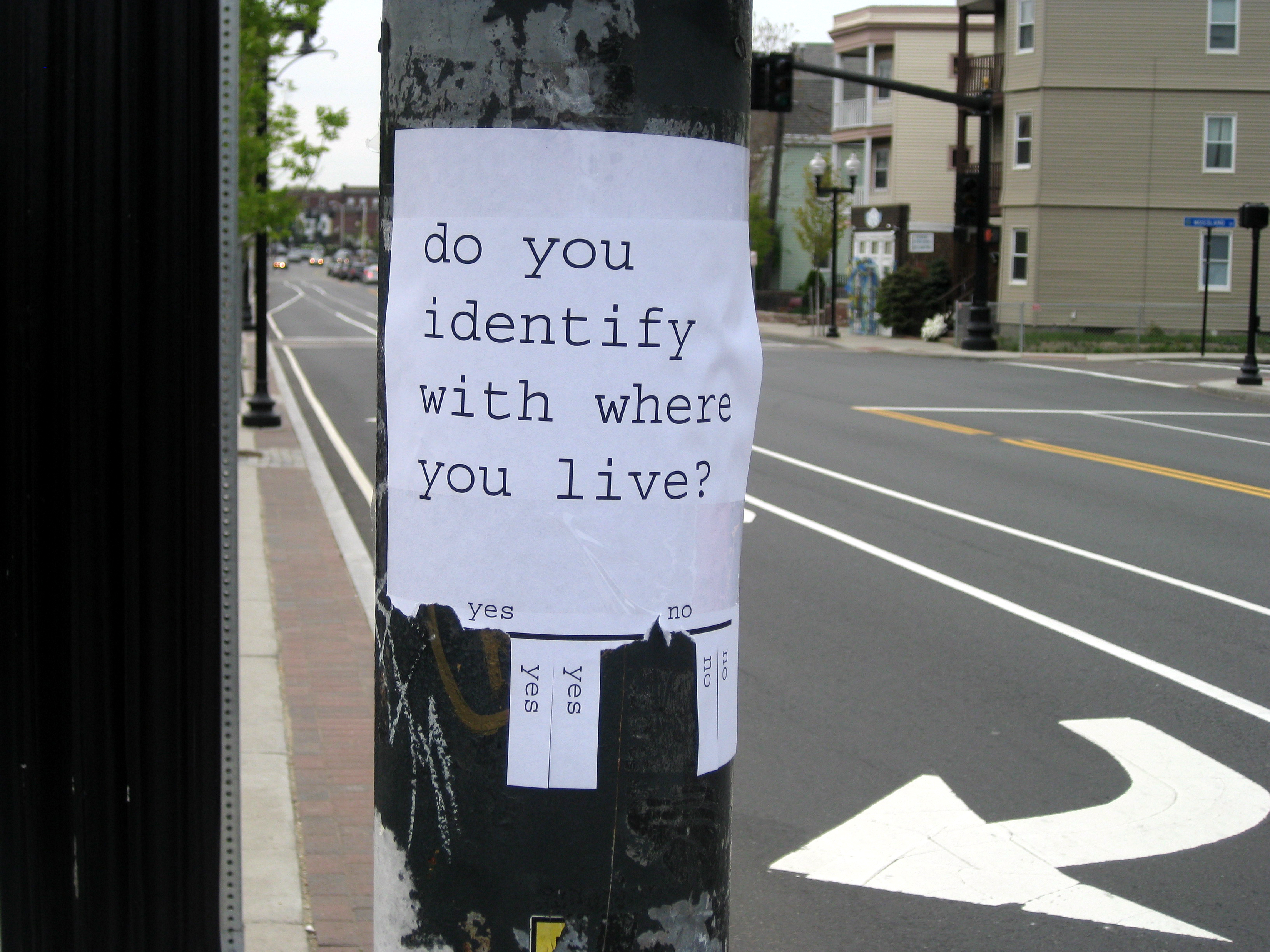 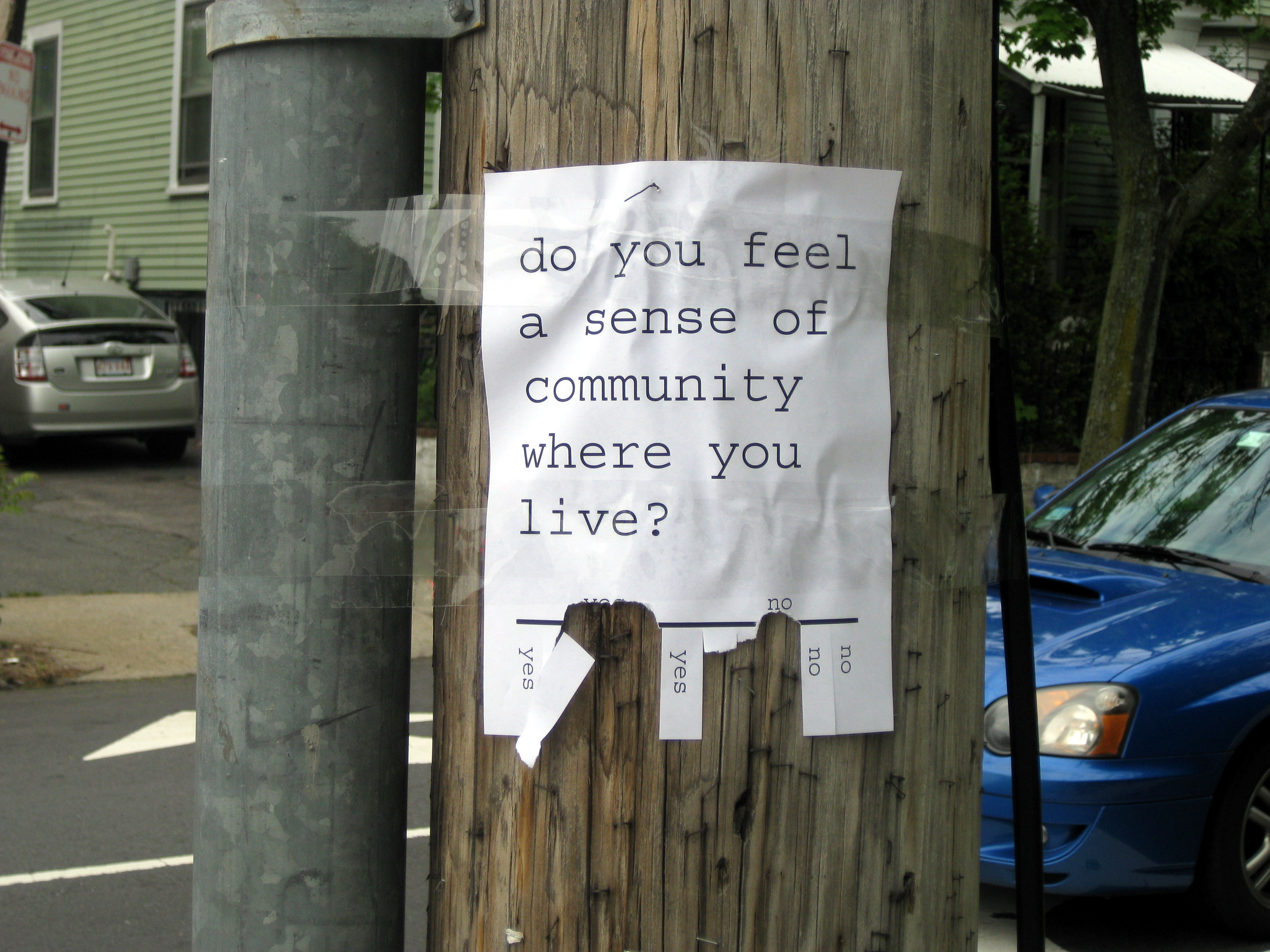 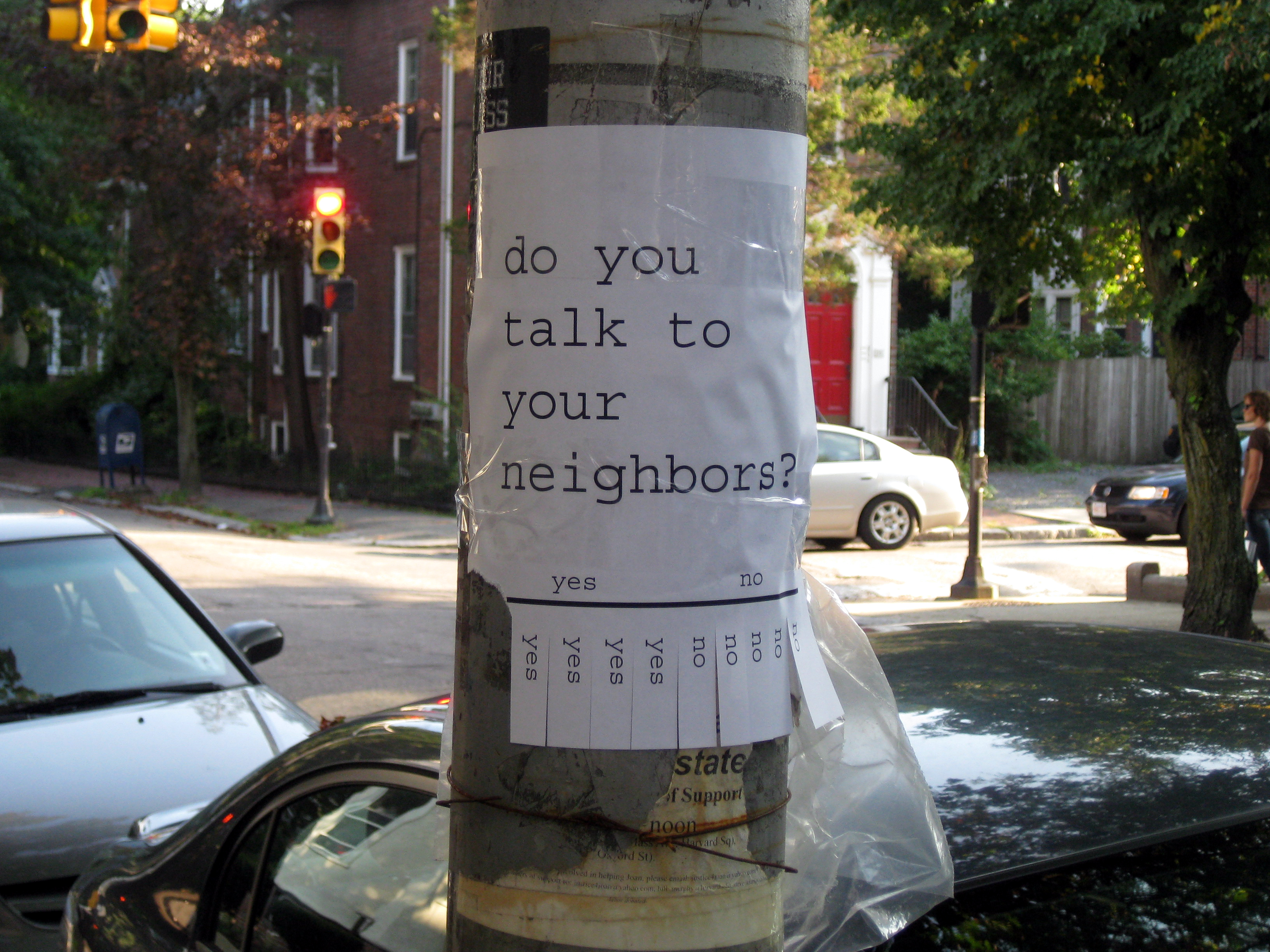 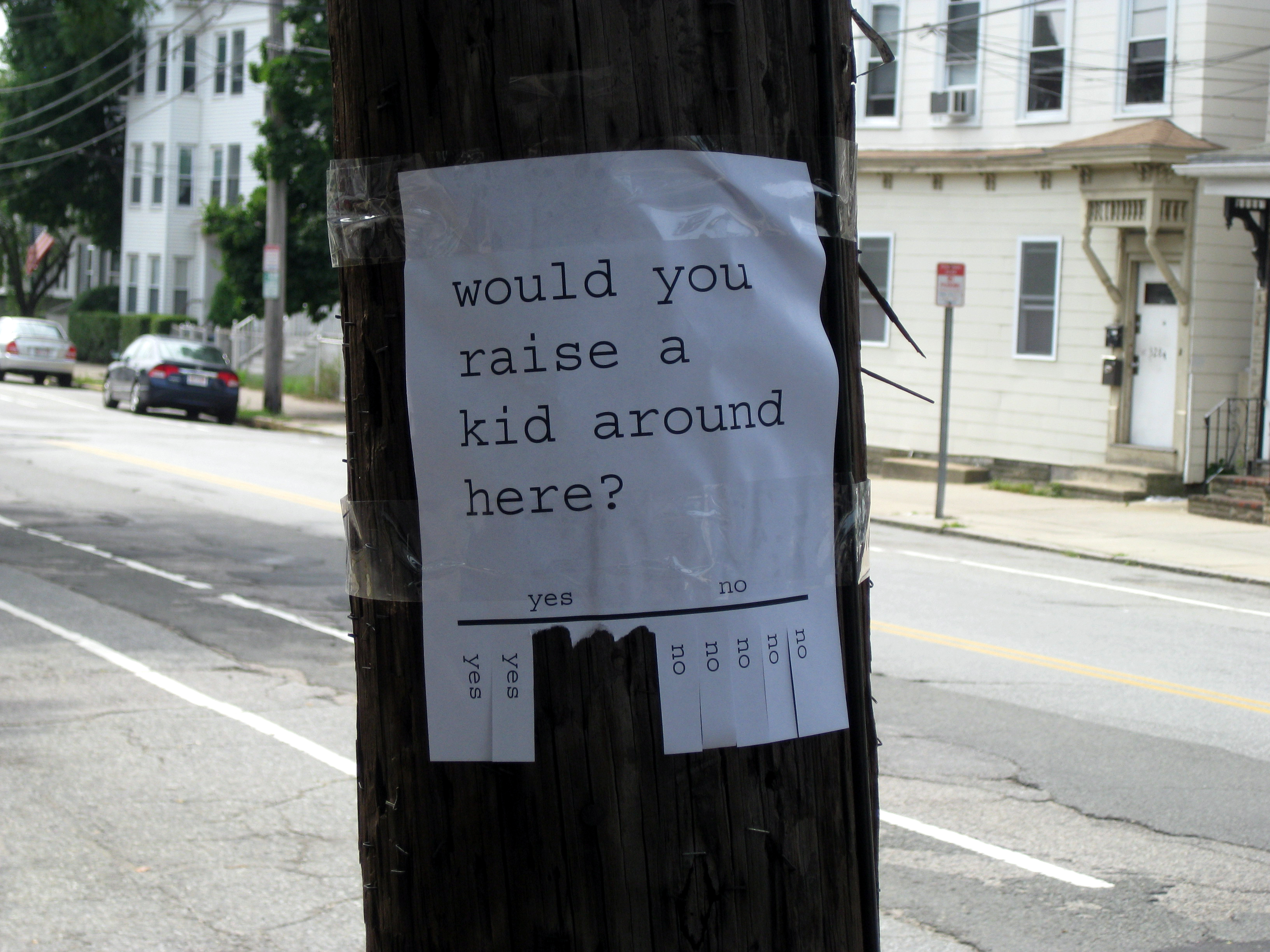 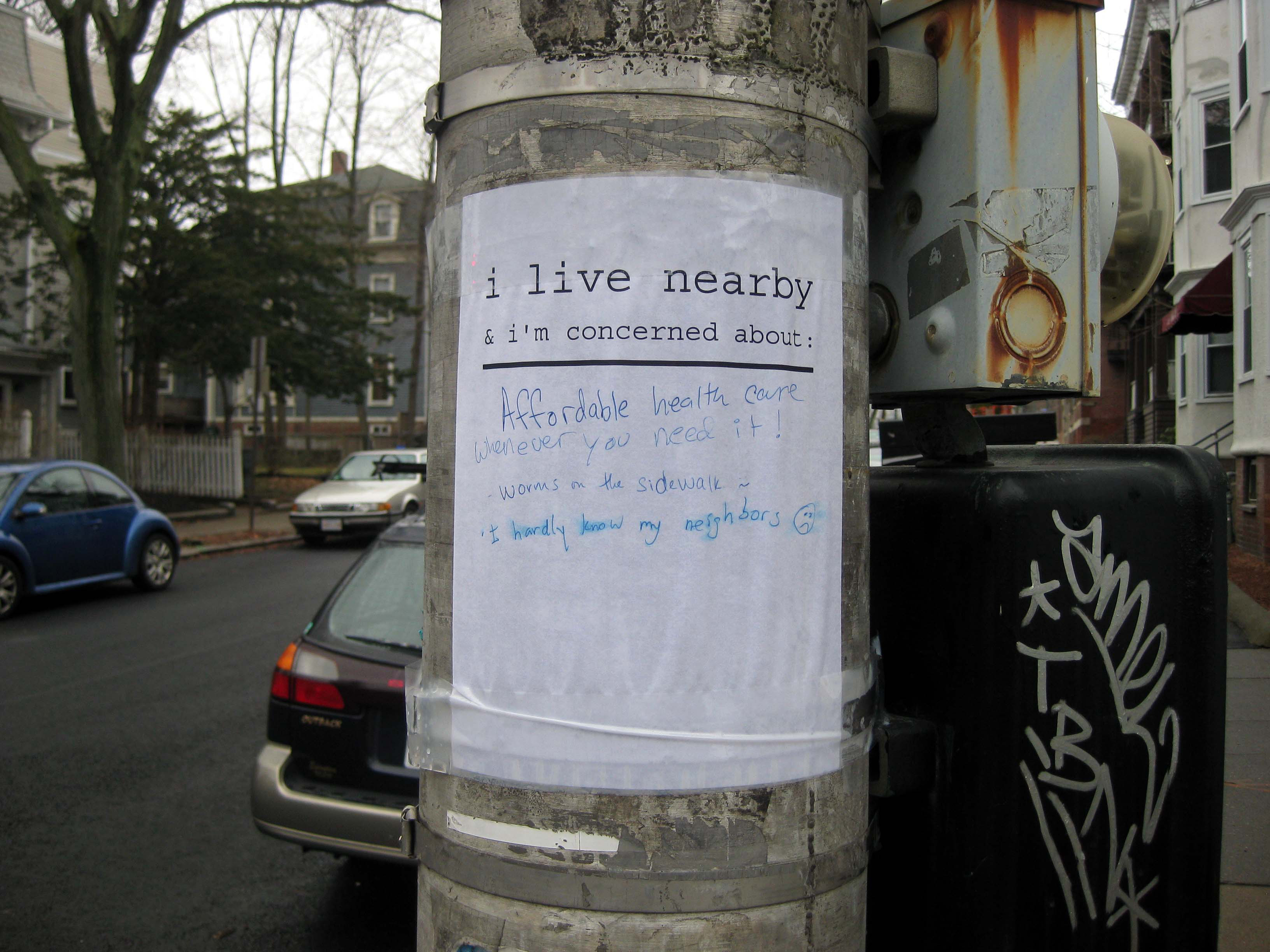 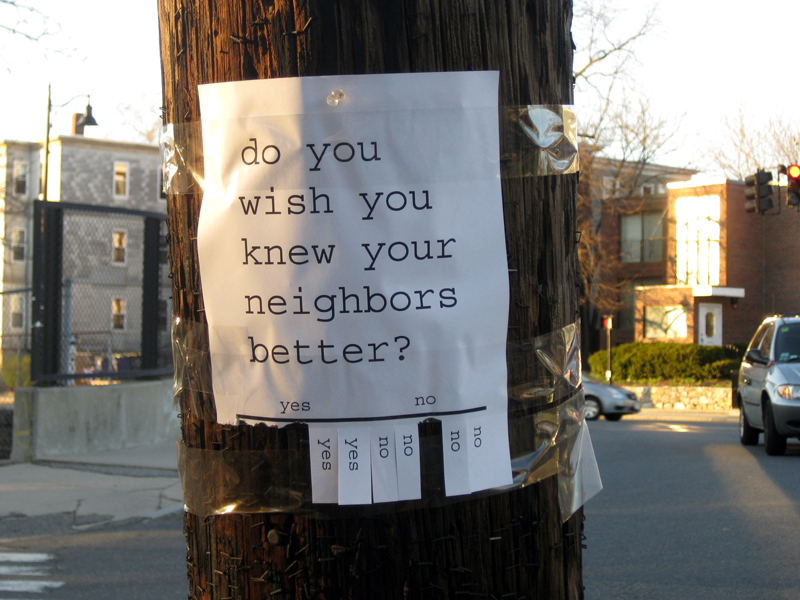