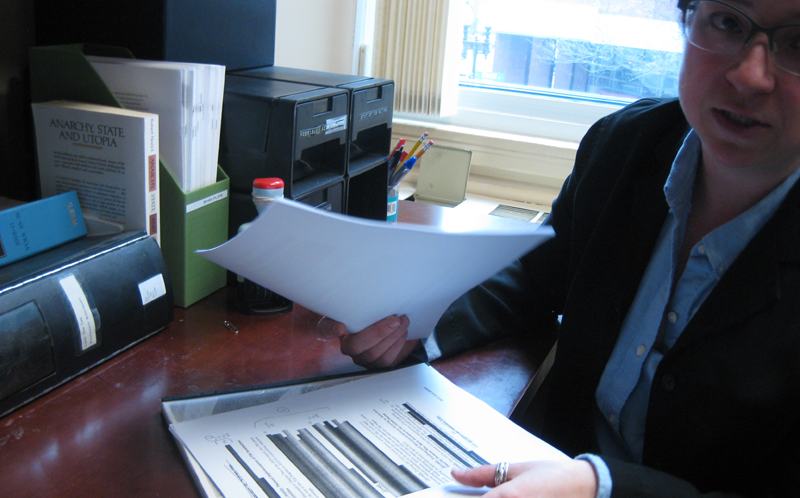 In January 2015, the New York Times sued to gain access to a government report on the FBI's involvement in the PRISM surveillance program. The version that was released was heavily-redacted; in fact, about half of it was blacked out.

I was curious-what was missing? I thought if I could only figure out what those black boxes were hiding, I'd understand the document-and have a better sense of whether PRISM really was as bad as I thought it was.

So I did some digging. I researched the government agencies involved, and the programs that the report mentioned. I looked at the statutes and executive orders that provide for programs like PRISM to exist. I read people's testimonies before Congress.

I also conducted a series of interviews--including ACLU privacy expert Kade Crockford, and an FBI agent portrayed by Heather Kapplow. And just to be thorough, I hired the Center for Cognitive Chaos & Astral Physics Research to do a tarot reading.

"Behind the black boxes" shows what I found while trying to live up to George Washington's 1797 suggestion here in 2015.


OUT OF PRINT! Sorry. 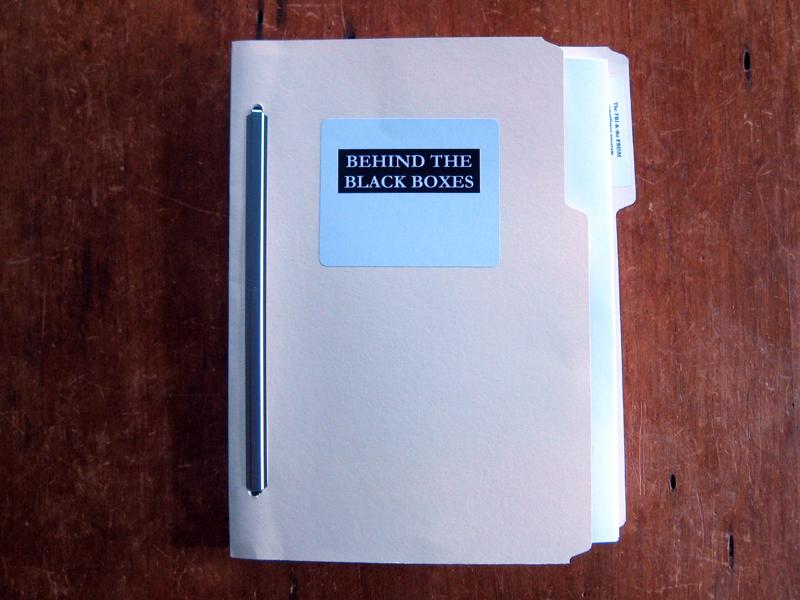 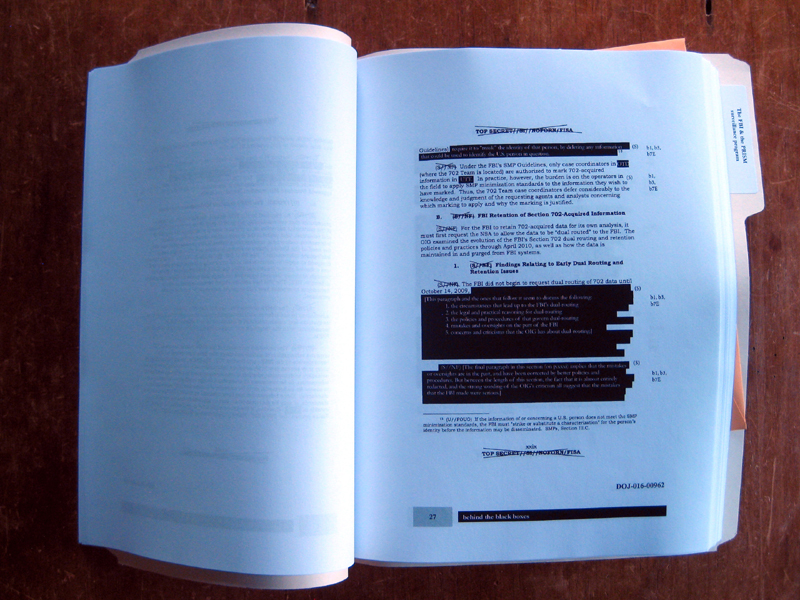 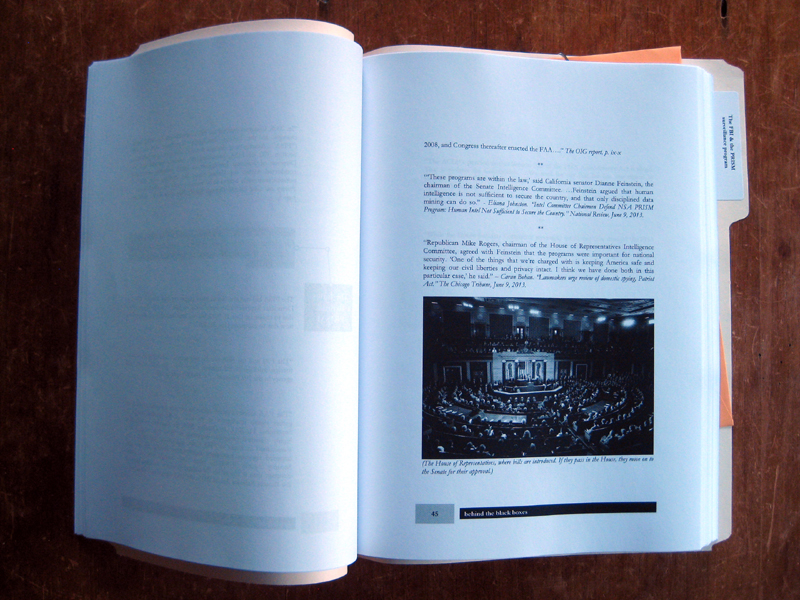 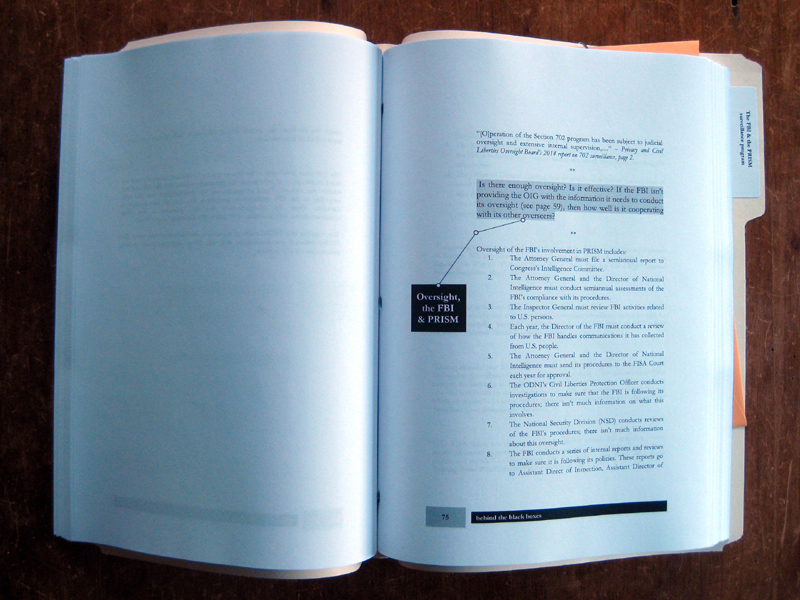 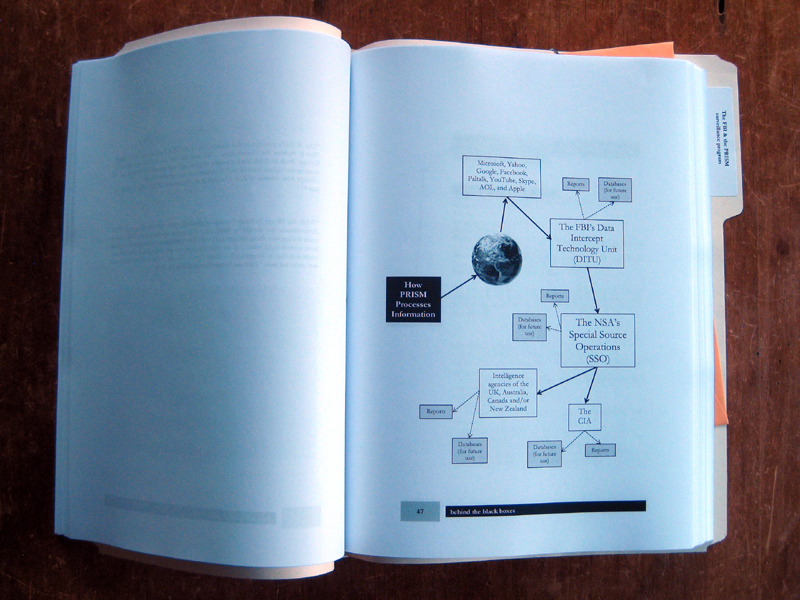 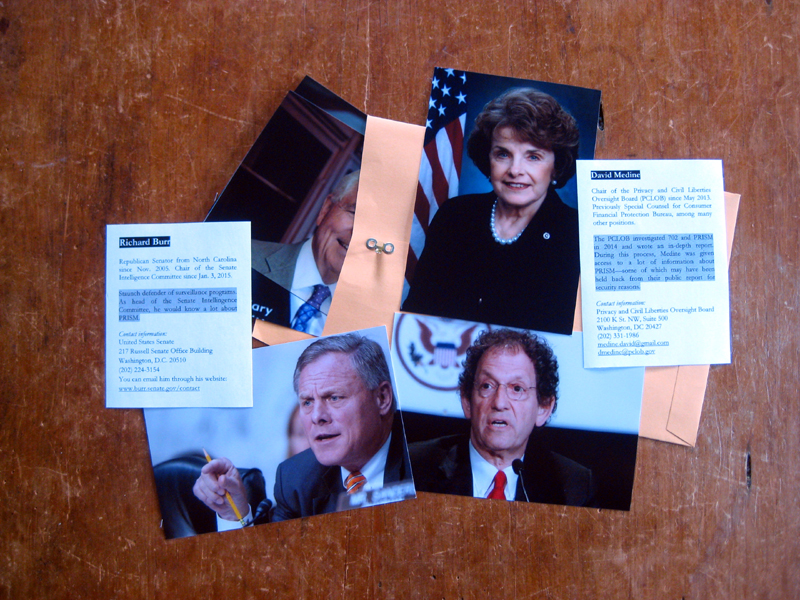