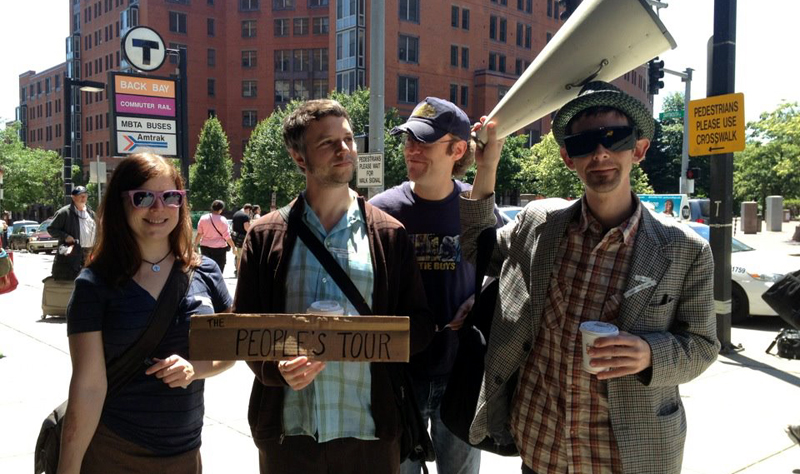 In early 2012, a group of artists, activists and assorted other odd balls got together to form People's Tours. The idea was to give walking tours in the Boston area. Standard enough. But instead of the usual history, we would talk about social justice, contested spaces, important protests, and shady corporations.

That was the idea that Dave Taber, Heather McCann, Kristin Parker, Neil Horsky, and I had in early 2012. We led one walking tour before wandering off in our own different directions. That one tour focused on the South End of Boston's rich history in community action, and the neighborhood's struggles to control its future--a legacy that remains significant to this day.

Or read it as an ebook from Archive.org (also free!)