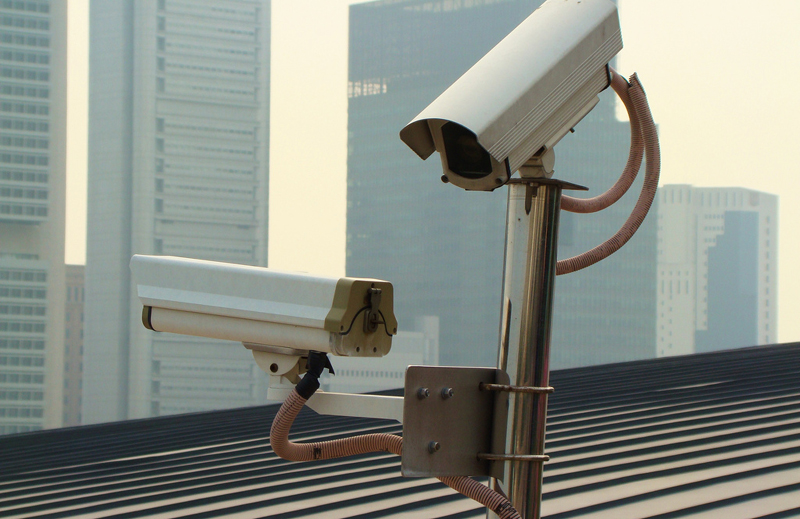 In the fall of 2011, protestors set up camp in Boston's Dewey Square. Over the next few months, the camp was the site of thousands of discussions about new possible worlds, and was located in a pretty symbolic spot: the shadow of the Federal Reserve Bank.

Unfortunately, it was also in the shadow of dozens of security cameras. The cynic in me wondered if this was why the city let it go on for so long-- as long as all the radicals hung out in the open, in the direct line of site of security cameras, how much trouble could they cause?

So I researched Dewey's cameras, and made a map of where they were. I figured out which organization or company owned each one, and looked into who might be watching the video, and what how long the footage might be kept for. I also did some digging into the laws governing what happened to that video--including how an Occupier might be able to access it.

I printed up a couple hundred copies, and let them around the camp--in the library, in the information tent, and in little displays I set up around the square. I also got the library to put up a link to the PDF of the guide from their website.

The cover image is from flickr user xcode. Special thanks to Brian Flaherty for the help with additional legal research.

Read as an ebook from Archive.org