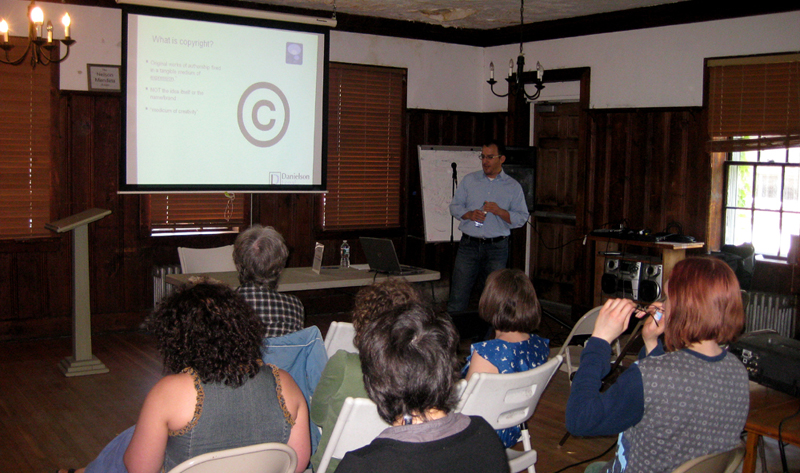 How does copyright really work? How can artists protect their creations from being stolen? And how much of another person's work can you include in your own before getting into trouble?

Dave Taber and I started talking about this in the fall of 2010. The more we looked into it, the more interested we became - and the more we learned how complicated the whole thing was. We figured that other creative people in the area would want to know about these things as well, so we organized Play-Jurisms. The conference took place May 21- 22, 2011, at the Democracy Center in Cambridge. All of the sessions were free, and all of the speakers were volunteers.

- Sheri Mason, Director of Legal Services for Volunteer Lawyers for the Arts of Massachusetts

- James O'Keefe of the Massachusetts Pirate Party, a group that advocates for copyright reform.

The weekend also included a screening of Craig Baldwin's documentary on Negativland called "Sonic Outlaws," and a workshop on copyright lead by the Boston Radical Reference collective. Gang Clan Mafia performed a piece called "Gang Clan Mafia Sings Happy Birthday to You, Pac Man" that they had created specifically for the Play-Jurisms, and local brass band Factory Seconds wrapped things up with some cover songs.